The following is a brief history of the Bowling Green Whitewater Initiative according to the original Initiative’s website created by We Make Things Happen Corp (WMTH):

The U.S. Army Corps of Engineers (USACE), the city of Bowling Green, the Greenways Commission of Bowling Green & Warren County, Bowling Green Municipal Utilities and Western Kentucky University are partners in developing a conceptual design Master Plan for a whitewater course on the Barren River at Mitch McConnell Park in downtown Bowling Green. The park is being developed as the “birthplace of the Greenbelt,” a countywide network of walking and biking pathways, trailheads and river access points. Numerous whitewater enthusiasts and paddling clubs across the region have thrown their support behind this project. As described by one of the partners, it has gathered momentum like a “snowball headed downhill”. 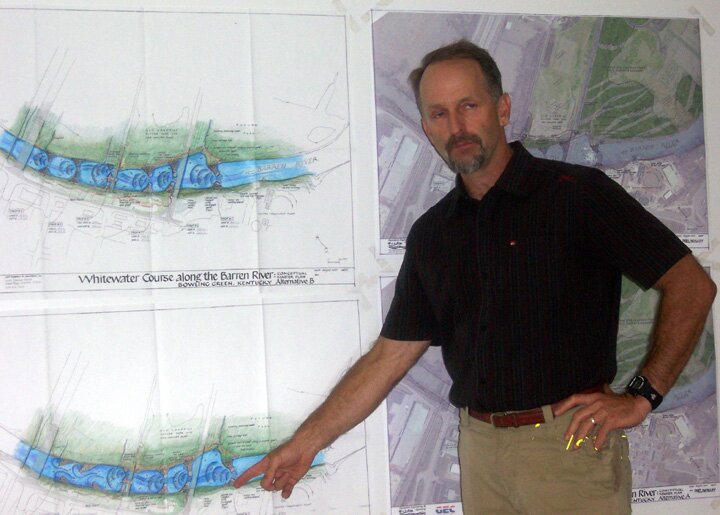 The USACE and its consultants – GEC, Inc. and Recreation Engineering and Planning – presented preliminary concepts at an evening workshop at the BGMU Annex on Thursday, September 22, 2005. The preliminary concepts show a series of six pools dropping 10-12 feet and stretching approximately 1,200 feet downstream of the BGMU dam near the State Street Bridge. Sixty people attended the workshop, which included an informal presentation and an extended question and answer period. The consultants came away with input from the group to prepare one final conceptual design, which will also include cost estimates. The cost estimates should be available to review by mid-winter or first of spring 2006. 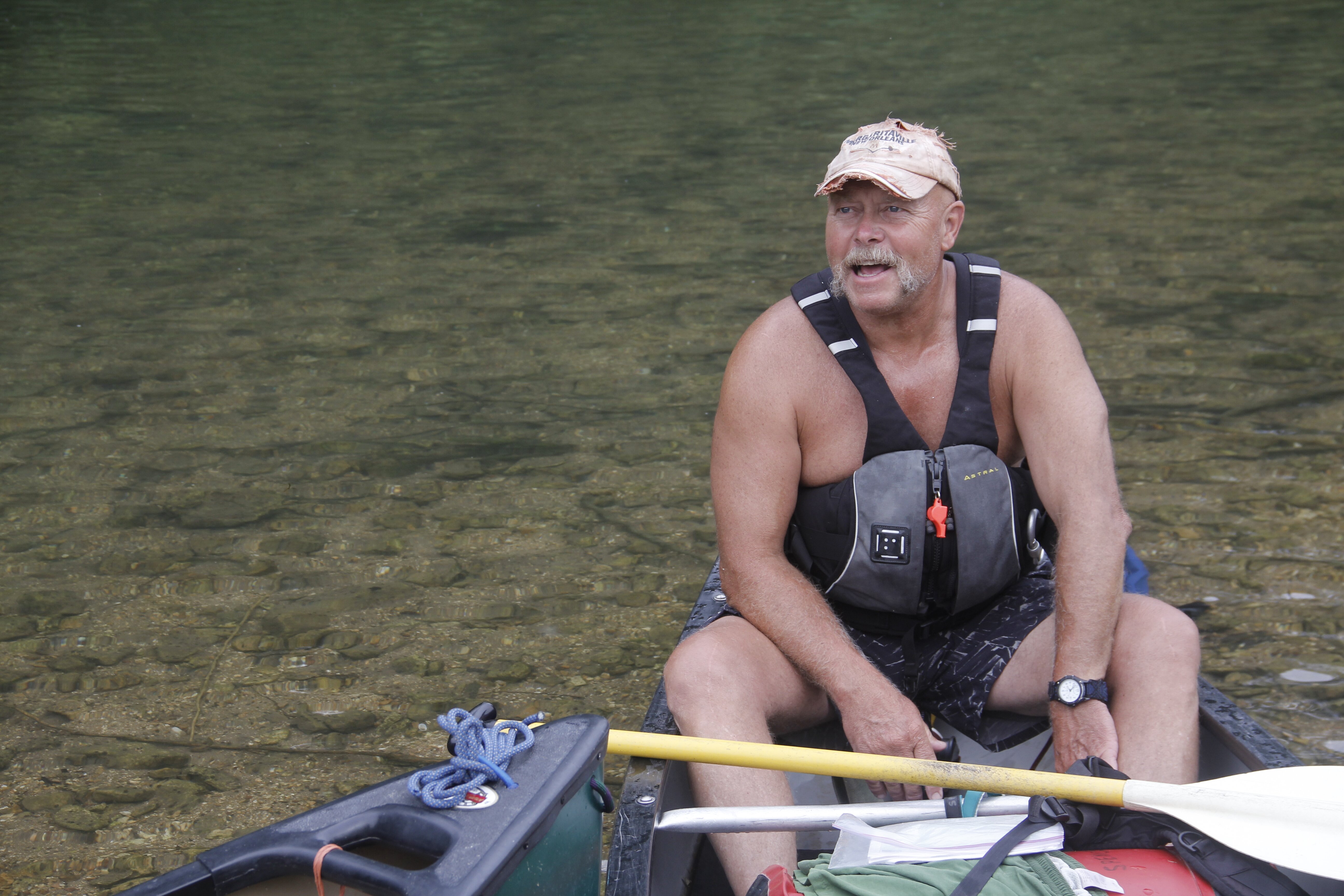 Dr. Steve Spencer, a professor in the Recreation Administration Program at Western Kentucky University and liason to the Greenway Commission, suggested the idea a few years ago to Former City Commissioner and Greenways Chairman Jim Bullington, who immediately saw the potential and began building support for it. It now looks like it might become a reality. Gary Lacy, one of the foremost designers in Whitewater Parks from Boulder Colorado, in partnership with team members from GEC, an engineering firm from Baton Rouge who specialize in water resource engineering are working together with the U.S. Corps of Engineers (Louisville District) to develop concept plans, address environmental issues and determine a cost for the development.

On September 22nd 2005, the U.S. Army Corps of Engineers, City of Bowling Green, and the Greenways Commission of Bowling Green & Warren County introduced concept plans for a whitewater course within Mitch McConnell Park as part of a revitalization plan for downtown Bowling Green. Over 60 people were in attendance. The BG Daily News published an excellent overview, “Whitewater Park Plans Discussed At Meeting”

The U.S. Army Corps of Engineers vouched to match half of the original $4,000,000 price tag on the Whitewater Course. 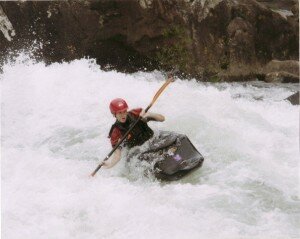 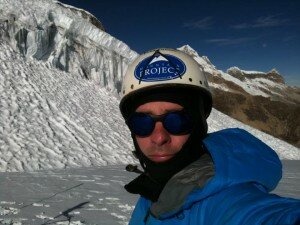 Avid climber and Bowling Green resident Clinton Lewis started the BG Boulder Project. According to Clinton’s post on the BG Boulder Project’s blog: “Over the summer I read about the Teton Boulder Project in Jackson, Wyoming, and Christian’s groundbreaking on a park that honors the climbers and mountaineers of the Grand Teton range. Next I found the Bozeman Boulders Initiative in Montana. That was the perfect model I was looking for in developing this idea to bring a similar park to Bowling Green.” 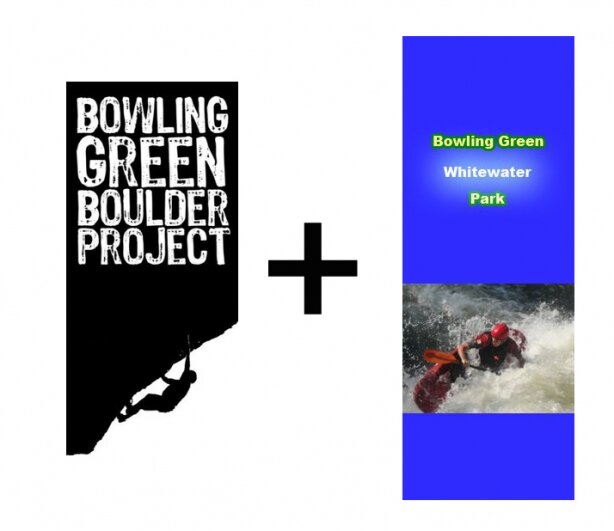 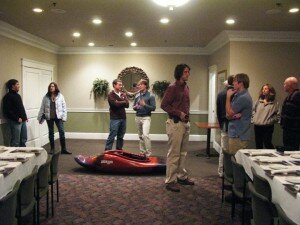 On February 10th at 6:00 p.m. the BGRF held it’s first board meeting at Mariah’s Restaurant. 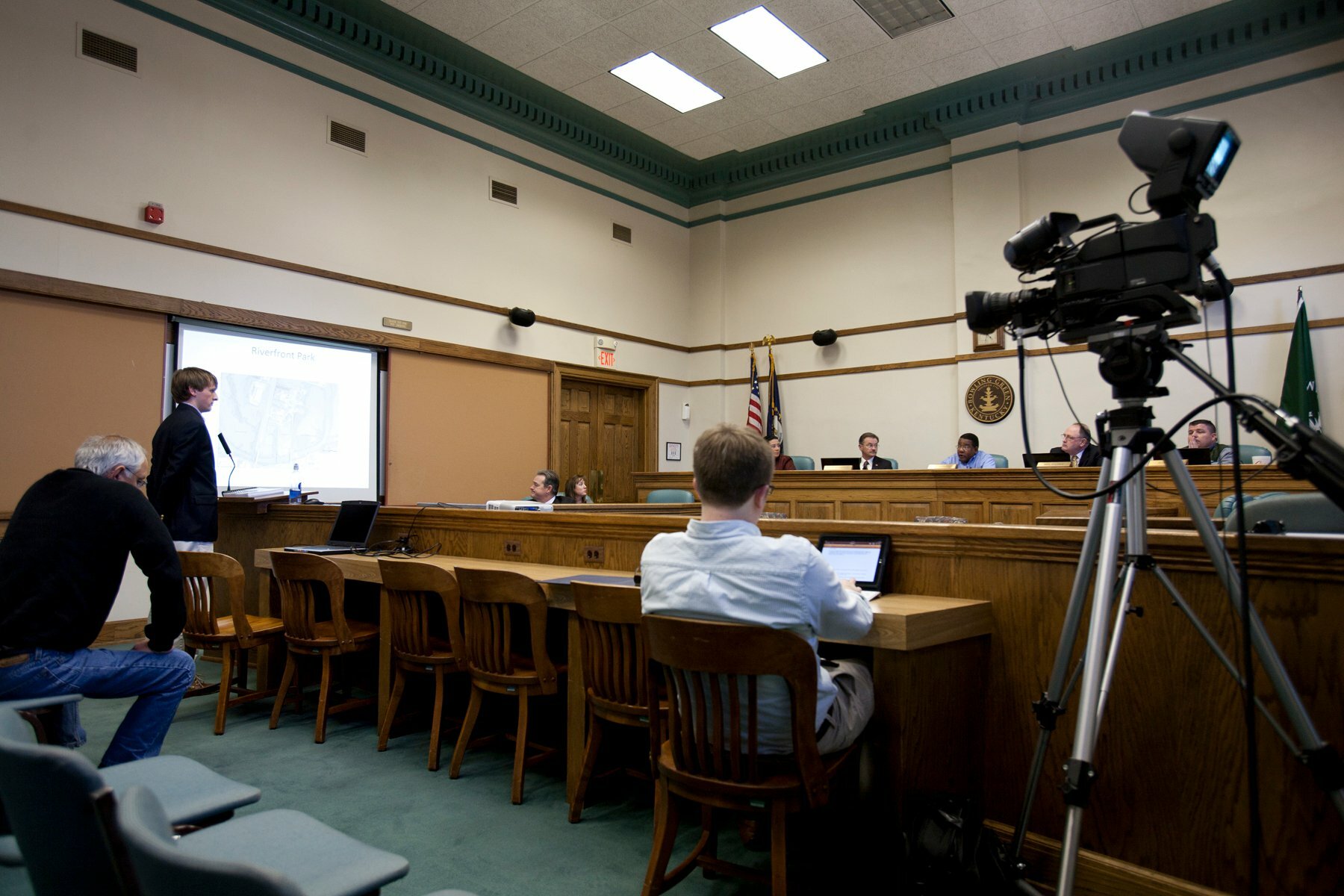 On April 4th 2011 the BG Daily News published an article, “Whitewater park to be discussed in commission work session”

On April 5th 2011 BGRF President Paul Ress addressed the Bowling Green City Commission during a work session to introduce the recreation opportunities being planned for the riverfront.

At 7:25PM on the evening of February 7th 2012 the Board of Commissioners of the City of Bowling Green under Municipal Order 2012-18 unanimously approved a 2 Year agreement with the Bowling Green KYMBA Chapter for the rights to build the first single track trail in the City.

Construction of the mountain bike trail began immediately. During the following few weeks KyMBA discussed several trails names.  It was decided that the trail would be named the Low Hollow trail in honor of the recently closed Sal Hollow trail at Mammoth Cave National Park and due to the low-lying topography of the area.

Work continues with our partners at Nat’s, KyMBA, Bowling Green Parks & Rec and other interested parties to procure funding, planning and execution of the project. Stay up-to-date on our Facebook Page and email list! Just let BGRF President Clinton Lewis know you’d like to receive updates!